Cat-Girl and the Black Queen

Nowadays I'm not sure who comics are for, but they used to be for kids. A long time ago, during one of their periodic attempts to do superhero comics--late 70s, early 80s--I did a job for Archie Comics, re-writing a script for a character called Cat-Girl. I don't recall who wrote the script originally nor have a clue where Cat-Woman came from (she might've been dredged up from a 1940s Sheena-imitator character), but the story was drawn by the late, great Pat Boyette. Boyette was an actor, screenwriter and TV news anchorman who began drawing comics in the 1960s, doing the bulk of his work for Charlton Comics, the "Little Comics Company That Could." His style was very quirky but I always loved it. Too bad Archie cancelled their superhero line before this story could see print. It's 22-pages long, so I'll post a chunk at a time, every week. As always, click on an image to view it at a readable size: 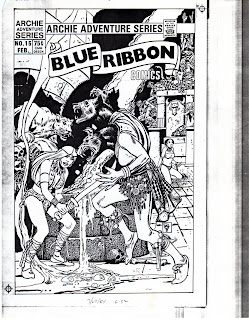 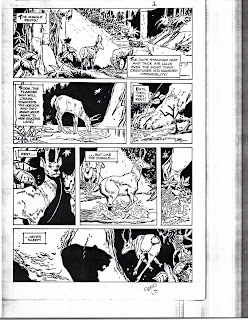 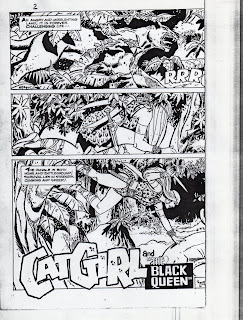 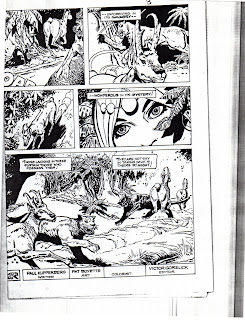 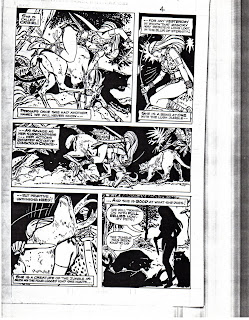 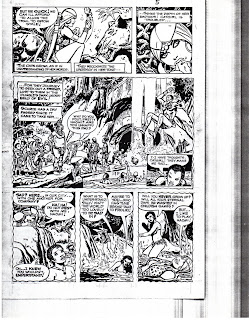 Posted by Paul Kupperberg at 4:09 PM

Hi Paul. Paul Castiglia here. I'm a long-time Archie Comics writer, editor, and archivist which included a decade long stint on staff at Archie (during the 1990s) and continuing into today as freelancer. I can give you some background on Cat-Girl.

There were actually TWO Cat-Girl characters. One appeared in the fifth issue of BATS. BATS was a horror-comedy gag book not unlike Mad Magazine, but aimed at younger readers. It came about during the the early '60s when the Universal Horror films were syndicated to television and magazines such as Forrest Ackerman's "Famous Monsters of Filmland" gained prominence.

The Cat-Girl seen in Bats was poor Oswald's girlfriend, Ann Gora. Ann is a descendant of Transylvanian villagers who practiced witchcraft. Because of this, the village was condemned and all living creatures were forbidden to go there. Legend has it that the descendants of the original inhabitants still roam the world as Cat People-- and it appears Ann is one of them-- chasing birds, drinking milk from a saucer and purring at the moon.

The second version of Cat-Girl was a costumed character who could play either side of the law. She appeared in early '60s issues of THE JAGUAR. Originally, she was the living embodiment of The Sphinx. But at one point that concept was abandoned as Cat-Girl's secret identity, the mysterious heiress Lydia Fellin, mysterious heiress, found herself stripped of most of her powers when exposed to "Strontium 90" during nuclear testing near her domain. All that remained was her power to control cats-- as well as her combination jealousy/love of The Jaguar. Her motive in all of our exploits was to fulfill her vow to make The Jaguar fall in love with her!

Paul,
Hi! Sure, I recognize your name from lots of the comics...I wouldn't be surprised if we've met at a convention or two as I usually stop by the booth to say hello to Victor. Thanks for the back story on Cat-Girl. Interesting--the Cat-Girl in my story doesn't seem to have much if anything to do with either of those Cat-Girls. Maybe this was intended as a revision on the character? Anyway, aside from a Radio Shack "Computer Whiz Kids" comic I wrote for Archie, Cat-Girl's been my one and only story for Archie Comics!

Thanks for dropping in!