A couple of weeks back, I decided to pick up the manuscript of a mystery novel I had started some time back but which has sat for years untouched. I had about 21,000 words written and I reasoned if I wrote an easy 500 words a day on the book (on top of my ongoing paying writing), I'd have a completed novel in two to three months. In the first 16 days of this program, I've written 17,830 words, or about 1,115 words a day. Here's the most recent several hundred: 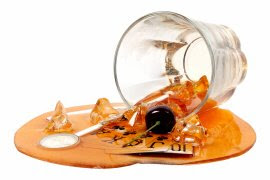 Mick was waiting for me in front of the precinct when the radio car deposited me downtown thirty-five minutes later. Without a word, the cops left me at the curb. Just as silent, Mick held out his hand, palm up.

I fished the packet of pass books from my breast pocket and placed it in his hand.

Sgt. O’Connor sighed at me like a disappointed mother, shook his head, and turned and marched inside.

“I’ll assume this means I’m dismissed?” I called after the closing door. I took his silence as acquiescence and turned and walked away. He was right, of course. I had no right hanging on to those pass books as long as I did. If someone else had pulled that, Mick would have popped him on an obstruction charge. I got disapproval which was, in some ways, worse.

I couldn’t stop thinking about Shelly. I couldn’t get the faces of Etta Konigsberg and Rena Schindler out of my head and their sadness out of my thoughts.

If Shelly is guilty, I told myself, she’s responsible for their grief. That deserves punishment, doesn’t it? No matter what she looked like. How she smelled and the way she felt against me.

That was picture I was trying to block from my mind. Last night. That was the moment that could override any suspicion and all reason. What the hell was it about her that made this so difficult? I’ve been with women before...but none like her. There was something sad about Shelly that got under my skin and I just couldn’t shake.

“Shit,” I said, out loud I suppose, because the man I was passing on the street stopped and gave me a look. I was so tired of everybody’s sadness, but I was deep inside it now and didn’t know how to shake it.

I headed for Hale’s. I could start trying there.

# # #
After my third shot of whiskey, I took a dime off the bar and walked it over to the payphone in the rear. It was six-thirty by my watch. Plenty of time for Shelly to make believe she had just gotten home from a job she hadn’t gone in to today. I dialed her number and listened to it ring.

Maybe she was pretending to still be stuck on the subway.

I retrieved my coin and returned it to the puddle of damp change in front of my seat at the bar.

“Another one?” Raymond said, coming over and nodding at my empty shot glass.

He reached around and found the right bottle without even looking and refilled my glass. He set the bottle down on the bar.

“You don’t usually drink like this, leastways not by yo’self,” he said.

“It’s been a crappy week, Raymond.” I downed the shot and, while I followed it with a slug of beer as a chaser, he poured me another without being asked.

“Mind if I do some’a that bartender bullshit that al’ays pisses me off when I’m trying to get a good drunk going?”

“We all appreciate the wisdom of your silence,” I said. “But by all means. Advise away.”

“Makin’ you think thoughts you don’t like thinkin’. Do stuff you wouldn’t normally be doin’.”

“I’m impressed with your powers of deduction, Raymond.” And I was, in a way that four shots of whiskey and two beers can make even the corniest parlor trick seem impressive.

“That the easy part, man,” he said. “Wouldn’t be depressed if some dame didn’t have you all twisted around. Thing is, what should you do about it?”

“Ain’t they always. Just makes it harder to do the right thing.”

“Which is?” I asked, like Dorothy waiting for the Wizard to deliver the answer to all her problems.

“The right thing,” Raymond said. Then he moved down the bar to refill someone else’s beer.
Posted by Paul Kupperberg at 6:39 AM