In 2003, I edited a young adult non-fiction book. Critical Perspectives On The Great Depression for Rosen Publishing. The book was a collection of contemporary writings about that bleak period of American history, with brief introductions to the pieces by the editor. This is the intro I wrote for the book, which, in light of current economic conditions and and just a few short months after the 80th anniversary of “Black Tuesday,” might be worth taking a look at. 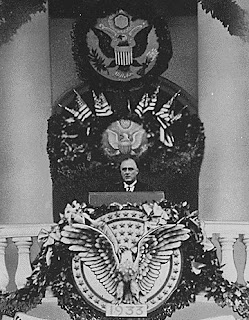 CRITICAL PERSPECTIVES ON THE GREAT DEPRESSION

“The only thing we have to fear is fear itself.”

These are just some of the federal institutions and agencies that we today either take for granted or resent for their intrusions into our lives and business. Before October 29, 1929, most of these federal institutions (and dozens more just like them) would have been unthinkable to the citizens of the United States, accustomed as they were to a laissez-faire, or hands-off, style of government. Yet after 1929, these programs resurrected the United States from the depths of the greatest economic disaster to ever strike this country, the crash and near-decade long recovery that came to be known as the Great Depression.

It seemed was as though no one wanted to see it coming. Ever since 1919 and the end of the first World War, the United States had been on what appeared to be an ever-cresting tide of economic growth, with no end in sight. Gone were the restraints of the staid, pre-War Edwardian era, shoved roughly aside by returning veterans with a reckless disregard for what lay ahead. Here were the Roaring Twenties, the swinging Jazz Age, a decade of exuberance, of excess, of wild abandon. While the Eighteenth Amendment had outlawed the transportation and sale of alcoholic beverages (1919), anyone wanting a drink knew where to find the nearest speakeasy for a shot of illegal whiskey, accompanied by the hot sounds of the popular new jazz music.

The nation was fairly exploding with prosperity, innovation, and creativity. With only a little money down, and little government regulation or interference, anyone could invest in the booming stock market and find themselves—on paper, at least—instantly wealthy.

Air travel went from being a novelty craze to commercial viability with Charles Lindbergh’s successful 1927 solo flight across the Atlantic Ocean, even as Americans bought millions of Henry Ford’s new Model A automobiles to create the most mobile society in the history of the world. F. Scott Fitzgerald, Theodore Dreiser, and Ernest Hemingway brought literature into the modern age with such works as “The Great Gatsby,” “An American Tragedy,” and “A Farewell to Arms,” while motion pictures learned to talk, starting with “The Jazz Singer.” 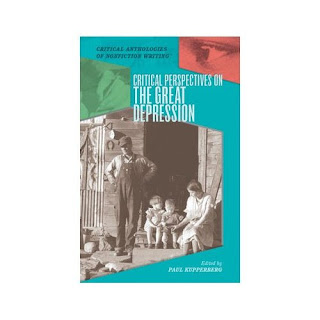 There seemed no stopping America. “The chief business of the American people is business,” President Calvin Coolidge told the press in 1925 and no one could argue with that assessment. For most of its first century, the U.S. had been a largely agrarian society, but by the end of the first third of the Twentieth Century, the country had turned decidedly urban and industrialized, with a majority of its population living, for the first time, in cities rather than on farms. Washington, D.C., the nation’s capital, was still considered a sleepy little Southern town, “A strange city, set up in the first place to be the center of government and, like government itself at that time, a city moving slowly and doing little,” according to reporter David Brinkley in his book, “Washington Goes to War.” Government was kept small, operating with a bureaucracy that can only be called miniscule compared to the hundreds of thousands of federal workers that today keeps the monolithic machine of government humming.

Herbert Hoover, who in 1922 spoke of “American individualism” over governmental regulation and interference in the lives of its citizens, was elected president in 1928. President Hoover, former head of the American Relief Administration (which organized shipments of food for an estimated one billion starving people in fifty-seven countries in post-World War I Europe) and Secretary of Commerce under Presidents Warren G. Harding and Calvin Coolidge, was a believer in balancing responsibility for the welfare of the people with a faith in free enterprise. During his 1929 campaign, Hoover proclaimed “We in America are nearer to the final triumph over poverty than ever before in the history of any land.”

Between May 1928 and September 1929, the average price of stocks rose forty per cent, with trading exploding from two to three million shares per day to over five million. Those interested in investing in the stock market could do so “on margin,” that is, for a small cash down payment, using the stock itself as collateral for its purchase; full payment came due when the stock was sold...usually, in those heady days, for a significant profit that would more than cover the purchase price. The market, once the playground of the wealthy, was suddenly open to Everyman. The railroad tycoon and the shoeshine boy stood side-by-side, watching the rise and fall (but mostly rise) of the Wall Street stock ticker.

Stock prices spiraled upwards, speculation ran rampant, and investors kept jumping on board the money-making wagon. But that wagon could support only so many before it collapsed under the weight and, on Tuesday, October 29, 1929, that’s exactly what happened, dumping the United States and the rest of the world into the throes of the Great Depression. In a single day, billions of dollars were lost (it is estimated that on the New York Stock Exchange alone, losses exceeded $8,000,000,000; this at a time when the average per capita urban household income was $750 a year and $273 for farming households) as more than 16,000,000 shares were frantically traded in a futile attempt to staunch the financial bloodletting. Small investors who had made their paper-profits on stocks purchased at ten per cent of face value were suddenly forced to pay the balance due on their stocks. But with prices plummeting so low, a majority of these small-timers had no profits to cover them and lost everything.

Jazz Age exuberance and excess turned almost immediately to desperation and deprivation. Banks and businesses failed, the money supply shrank, and, by 1932, the unemployment rate would reach a staggering 23.6 per cent (and continue on up, peaking at 24.9 per cent) as over thirteen million Americans lost their jobs. Relief efforts were organized across the country as families with no source of income were forced to stand in the infamous bread lines and soup kitchens, which were, for many, their only source of food.

Hundreds of thousands took to the road seeking work at any wage; entire families begin a westward migration from the southern and northern Plain states (Kansas, Oklahoma, Texas, New Mexico, Nevada, and Arkansas), which suffered the added tragedy of one of the worst droughts in history that turned a large section of the nation into a Dust Bowl. President Hoover took a number of steps to stem the tide of desperation, including the Reconstruction Finance Corporation (RFC), the Federal Home Loan Bank Act, and the banking regulatory Glass-Steagall Act of 1932, but it wasn’t until newly elected President Franklin D. Roosevelt took office in 1933 that the government’s response was equal to the magnitude of the crisis. As the Democratic nominee for president, Roosevelt had promised “I pledge you, I pledge myself, to a new deal for the American people.”

Roosevelt was as good as his word. In the first one hundred days of his administration, his “New Deal” instituted a concentrated program of legislative activity, sending recovery bill after recovery bill to a Congress that, unsure how to respond, had not done nearly enough to help their constituents through this unprecedented financial catastrophe. Under the president’s guidance, Congress created, in swift succession, the Agricultural Adjustment Administration (AAA), the Civilian Conservation Corps (CCC), the Farm Credit Administration (FCA), the Federal Deposit Insurance Corporation (FDIC), the Federal Emergency Relief Administration (FERA), the National Recovery Act (NRA), the Public Works Administration (PWA), and the Tennessee Valley Authority (TVA), to name a few. This alphabet soup of federal agencies—along with a rash of banking, securities, and credit acts that followed—were all aimed at getting Americans back to work and the floundering economy back on track.

But for all the efforts of FDR (whose popularity as leader would lead him to being reelected an unprecedented three times) and his dedicated administration, it would be more than a decade before the nation, and the world, would truly recover from the events of that single, terrible day.

Posted by Paul Kupperberg at 7:04 AM No comments: