And for my next number, "Have a Little Priest" 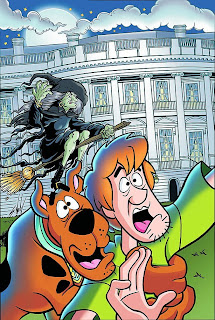 Out now...Scooby Doo #143 from my pals at DC Comics, featuring my story "Sunday in the Park With Scooby," a 10-pager with art by the fabulous Fabio Laguna. It's fun...and good for you!
Posted by Paul Kupperberg at 6:27 AM 1 comment:

A piece I wrote for Weekly World News in May 2005. Sometimes, I am Spartacus, sometimes, not so much... 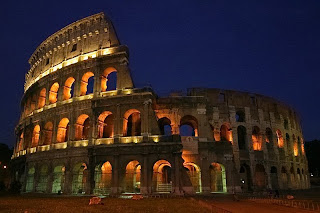 STARTLING DISCOVERY: ROME WAS BUILT IN A DAY!
© Weekly World News
ROME, ITALY -- Here’s a warning to all those underachievers who fall back on the old claim that 'Rome wasn’t built in a day.'

The proof was found in an old earthen jar uncovered by construction workers digging a sewer line in the heart of the old city.

"When we opened the jar we found tablets carved with the plans and work schedule for the building of Rome," said Professor Valt. "Signed by Remus and Romulus themselves, the schedule called for 20,000 workers, soldiers and slaves to be on the construction site at 5 A.M. sharp. There was a timetable that had them working 24-hours straight during which time they were to build the entire city."

"This is a very exciting discovery," gushed historian Ima Borr of the Italy Community College. "According to legend, Rome was settled by the twin brothers in 753 B.C. on the Palatine Hill, one of the Seven Hills of Rome. This is not only the first actual record we have that they lived, but that they supervised the construction of the city."

The blueprints and work schedule were prepared by a Roman builder named Trumpicus, whose diary was also found in the jar.

"It’s a big jeroboam of a jug," Valt commented.

With winter fast approaching, Trumpicus proposed a bold plan to replace the smattering of tents and caves with a proper city consisting of dwellings and shops, roads and parks, temples and public spaces, arenas and theaters.

"Trumpicus was evidently quite full of himself," Ms. Boring remarked.

On the morning of October 20, 752 B.C., just a year after the founding -- "Remember, the BC years count backward," Boring added helpfully -- every man, woman and child in Rome set to work under Trumpicus’ direction. The burliest men cut white and azure marble in the quarries, the dust of which turned their collars blue. These stones were hauled to the hill by horses and raised by wooden cranes. Women directed the men, of course, while children provided food and drink.

"The work went relatively smoothly," Professor Valt noted. "There were some instances of workers not pulling their weight in which case Trumpicus would point to them and say ‘Tu exussum,’ which roughly translates from the Latin as ‘You’re fired.’ Although in this case, it apparently meant the workers were literally set on fire as an example to dawdlers."

With such strict discipline the building of Rome was actually finished in 23 hours and 49 minutes.

"Remus and Romulus rewarded Trumpicus with a palace," Volk said. "It was the first casino in Rome."

"When we heard this revelation you could have knocked us over with a feather," said Dr. Raoul Platitude, director of the Central Language Institute for Collecting Historic Evidence. "Here at C.L.I.C.H.E.. the saying, ‘Rome wasn’t built in a day’ has always been one of our bedrocks. We’ll have to change it, of course. We’re considering ‘Saskatchewan wasn’t built in a day,’ but we’d welcome any thoughts your readers might have."
Posted by Paul Kupperberg at 2:16 PM No comments:

Hard as it is to believe (for me, anyway), it was 34 years ago today that I made my first professional sale as a writer. Nick Cuti, assistant editor for Charlton Comics in 1975, sent me this letter... 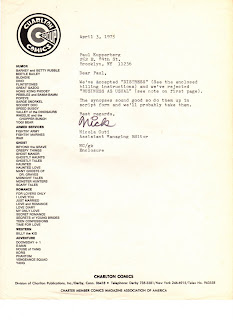 ...Informing me that they were buying this 5-page story, art by Mike Zeck, and published in Scary Tales #3 (December 1975). As ever, click on an image for a better view... 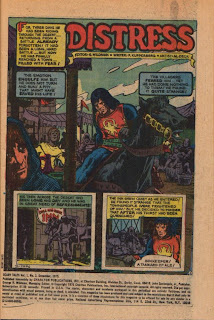 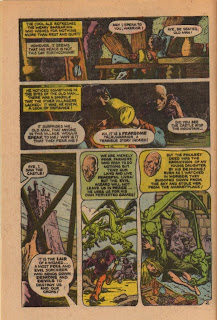 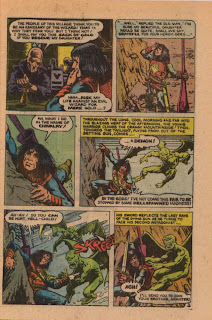 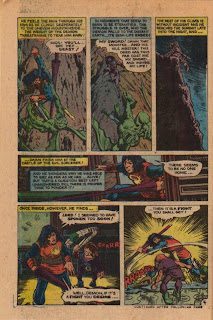 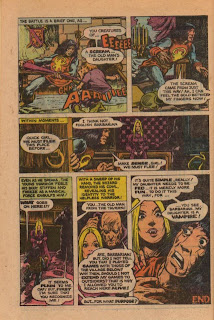 Thanks again, Nick! Seeing as how I didn't miss a cliche or an opportunity to wax purple (I was 19...it was a simpler time...really!), it's a miracle you saw any chance for me at all. It's been a lot of four color ink under the bridge since.

(Jeez, I couldn't even deliver the punchline...!)
Posted by Paul Kupperberg at 5:40 AM 3 comments: