Great article today in the New York Times about Archie Comics and its march towards building a media empire...just like we have Archie doing in the Archie Loves Veronica series! 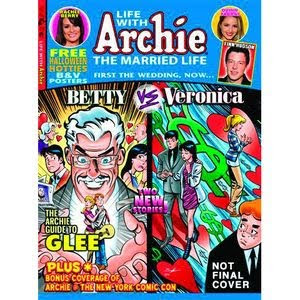 The (last) Adventures of Superboy! 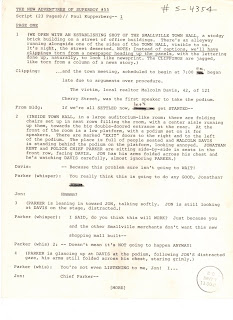 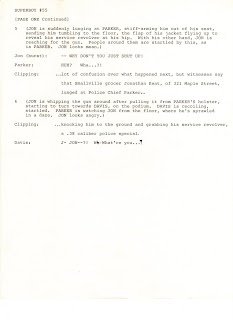 The Adventures of Superboy #55, that is.

Or, should I say, the unpublished Adventures of Superboy #55!

In 1984, I was the writer on the monthly Superboy title (as well as the monthly Supergirl, and probably a quarter of the other Superman titles, including DC Comics Presents) when we got canceled in the middle of a story. In all fairness, the intention was to bring Superboy (and Supergirl, whose monthly was also canceled at the same time) back in the 48-page DC Double Comics, several issues of which I'd written before some brightbot came up with the idea of Crisis on Infinite Earths and retconned half my monthly output out of existence.

As a result, the ongoing story threads in Superboy #54 (including Pa Kent's political problems and subsequent murder trial) were left dangling...and fans have long badgered me to find out what happened in The New Adventures of Superboy #55...and, the thing is, I'd forgotten! I didn't even have a copy of the script and, in fact, no memory of having ever written the issue. I had it in my head that we just stopped with #54 and then I started writing the new direction stories for Double Comics. 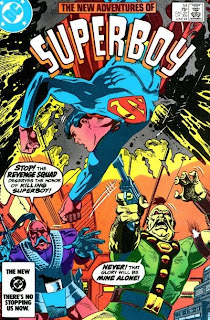 But, a couple years back, Paul Levitz, combing his files, found a stash of old scripts from Julie Schwartz's files, most of them "written off" by DC in the 1980s (this is a tax thing, charging the costs of unused material against taxes as a business loss), including the original scripts for #55, as well as Double Comics #1 and #2, all with Julie's hand edits (this was written in the typewriter days, on an IBM Selectric, IIRC). As soon as I started reading the #55 script, it all came back to me, but, until then, as I said, I had no recollection of having written it!

If you've been wondering all these years how things were supposed to turn out, here's your chance to find out! You can now buy a copy of the unpublished script to The New Adventures of Superboy #55 over at Crass Commercial Kupperberg and finally complete your collection, only 24 years later!

(This has been a crassly commercial advertisement brought to you in the spirit of cheap shilling. We'll return to real postings sometime in the next couple of days.)
Posted by Paul Kupperberg at 8:11 AM 1 comment: