While I was there, my editor, Harvey Richards, showed the pencils for the last Scooby script I had turned in, "Sunday In The Park With Scooby." Fabio Laguna, who's from South America and whose work is new to America comics, did the art and did it so nicely, I just had to share a few pages (as ever, just click on a page to view it in a larger size). The story is scheduled to appear in Scooby Doo #143.

"Sunday In The Park With Scooby"
(c) respective copyright holders 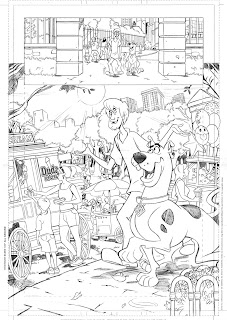 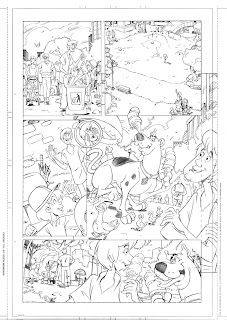 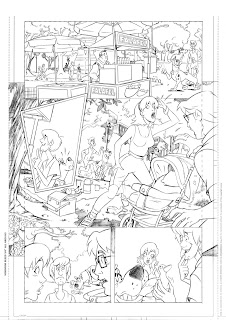 Posted by Paul Kupperberg at 6:43 AM

That is really nice stuff!

What'd I tell you!