Here's another one of my General Glory pastiche stories, also published in Justice League Quarterly #16, which featured four such stories of mine surrounded by a framing sequence that introduced the, yes, new General Glory.

Anyway, this one was done in the style of a 1950s Stan Lee/Jack Kirby Marvel horror comic story and is entitled "I Fought Groout, the Creature Who Came From the Cracks in the Earth." It's a special story for me because it's penciled by my brother-from-another-mother, Kansas City's own Rick Stasi, who knows his comics and played the Kirby-emulation pitch perfect, while Dick Ayers, the sweetheart of a man who inked most of the real 1950s Stan lee/Jack Kirby Marvel horror comic stories, lent his brush to this story.

Do I still gotta tell you to click on an image to view it in a readable size. And to just say "No, thank you," to drugs.

GENERAL GLORY: "I FOUGHT GROOUT, THE CREATURE WHO CAME FROM THE CRACKS IN THE EARTH!"
© DC Comics 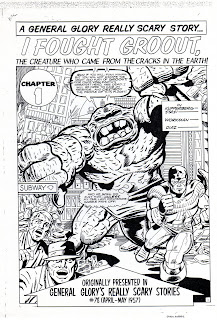 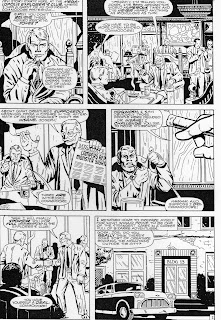 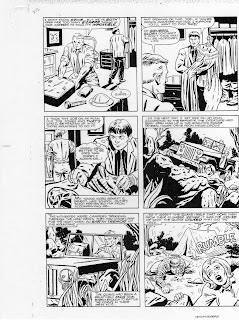 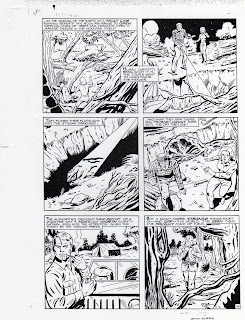 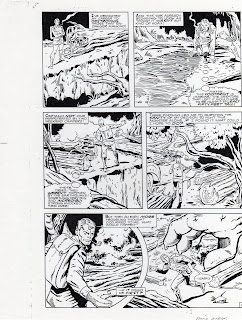 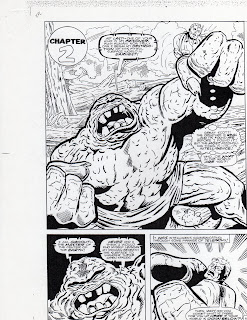 Posted by Paul Kupperberg at 1:30 PM